Language and Culture Lessons for Companies with a Common Business Language

For years I have been intrigued by how language and culture influence each other. I often address this relationship with international teams, many of which strongly relate to this subject, particularly if their members are multilingual.  But what does it mean in business? How does language affect us, especially when the communication is between native and non-native speakers of a common business language? And ultimately: how can we use learning and development interventions to leverage the language and culture connection?

A story that is especially intriguing and relevant in this context is the study that was done over a five-year period following a far-reaching decision by the Japanese e-commerce giant Rakuten. In March 2010, CEO Hiroshi Mikitani, decided to make English their common language company-wide. The most important reason for this mandate was to speed up the process of global expansion. Today, in 2018, we can assess that this goal was absolutely achieved[1]!

In The Language of Global Success[2] Tsedal Neeley, associate professor at Harvard Business School shares her insights from her deep-dive into Rakuten in terms of the consequences from this decision on communication and collaboration.  She interviewed 650 employees in Brazil, France, Germany, Indonesia, Japan, Taiwan, Thailand and the United States in addition to the data gathered from more than 3000 surveys.

You might think that the easiest adjustment would be for native-English speakers, but surprisingly that was not the case! Through the interviews Neeley found that all of Rakuten’s employees had their own specific challenges and she argues that all employees became some kind of ‘expat’  - someone detached from their mother tongue or home culture. She found three distinct groups of expats:

From a Learning & Development perspective, each of the above groups needs tailored support in order to communicate and collaborate in the best possible way. Developing awareness of which ‘expat community’ people belong to, helps translate into solutions for the right learning opportunities.

By identifying the various language expats grouping, managers and organizations can understand the development needs of different employees and tailor programs to help build a successful and long-term shared language culture. 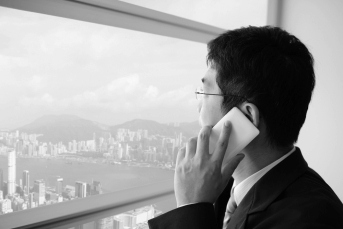